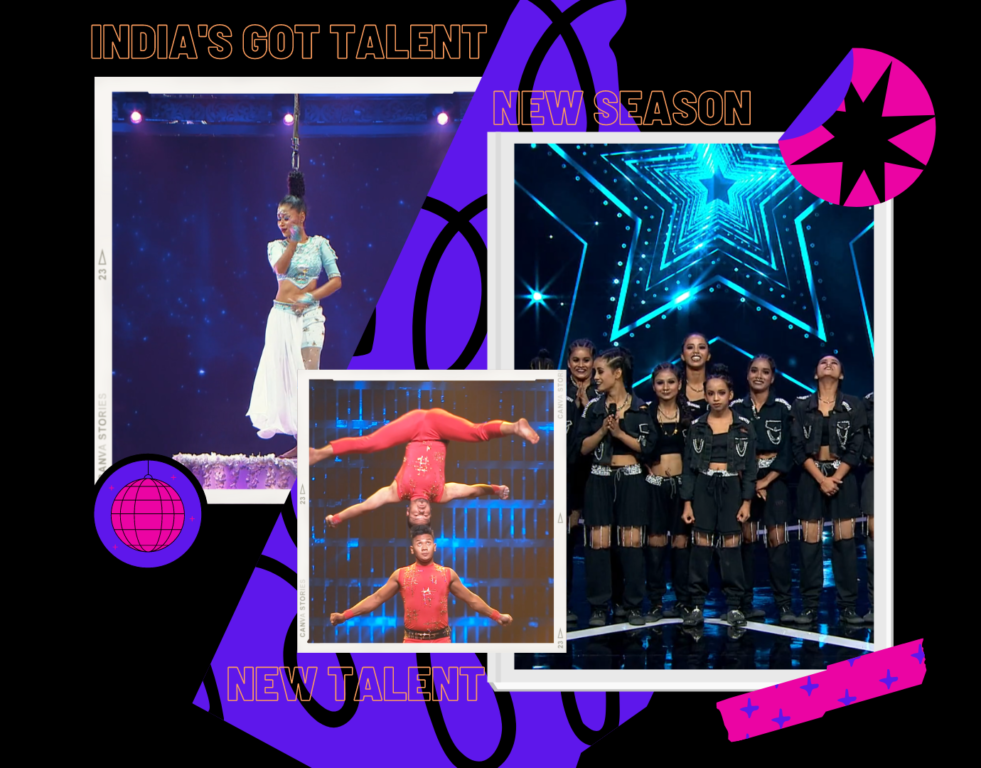 Unity in diversity, a beautiful message to start the show, India’s Got Talent! To take the entertainment level to the next level, the show has big super stars. Let’s look!

Sathi Dey from Kolkata had a strong intention in the show and that was to impress not only the judges but everyone watching the show. The act included a beautiful presentation where she was seen flying through the air using a harness attached to her braid. As scary as it sounds, everyone was emotional after seeing the act.

A standing ovation from all the judges was just the start for Sathi Dey and indeed she got a YES, from all 4 judges! The magic moment came when Manoj Muntashir added the Golden Buzzer to the moment.

The Demolition Crew, a group of 26 came from Mumbai, Maharashtra to show off their talent. A performance full of power that surprised everyone. The same was also reflected in the comments from the judges, Badshah was speechless, Shilpa gave them a HUNAR SALAAM, and that wasn’t it, she even pressed the Golden Buzzer!

Euphony, an 8 member band from Mumbai, Maharashtra came to India’s Got Talent. This musical group, Euphony means any sound that is good for your ears. The group presented a mashup of 2 beautiful old songs, “Khoya Khoya Chaand” and “Roop Tera Mastana” and their performance was amazing. The crowd cheered once more!

Shilpa Shetty started with a Hunar Salaam and Badshah complemented them saying they are like wine, with time they get better. All 4 judges gave them a YES!

Suranjit and Kenedy, who came from Manipur, presented a brilliant acrobatic act with head-to-head balance. The act promised to be dangerous and the balance was upset at the first attempt. Badshah asked them for a second try and they executed it well and even descended the stairs while maintaining their balance.

The Delhi team certainly set the stage on fire and gave the judges and the audience something to cheer about. The team performed on “Khali bali ho gaya hai dil” from the movie Padmaavat.

The judges started by saying that it was a very powerful act. Kirron Kher even mentioned that Sky is the Limit and gave them a big YES! Badshah gave them the biggest gift which was the Golden Buzzer.

Kranthi came from Telangana to show off a skill you won’t even imagine. He was also seen in Season 8 of India’s Got Talent with ColorsTV. He asked not to press the buzzer until his acts are over.

The act became more dangerous than the photo above when the Drillman used a drill and stuck it up his nose. Kirron Kher who had already pressed the Red Buzzer asked him to stop the act. Everyone except Badshah had used their buzzers to stop the act. Kranthi was not selected at the end of the act.

A good start to the season for India’s Got Talent with beautiful and dangerous numbers. Which was your favorite, let us know through comments.

DC FanDome Lineup: Huge Talent Roster Offers Clues As To What Will Be Featured