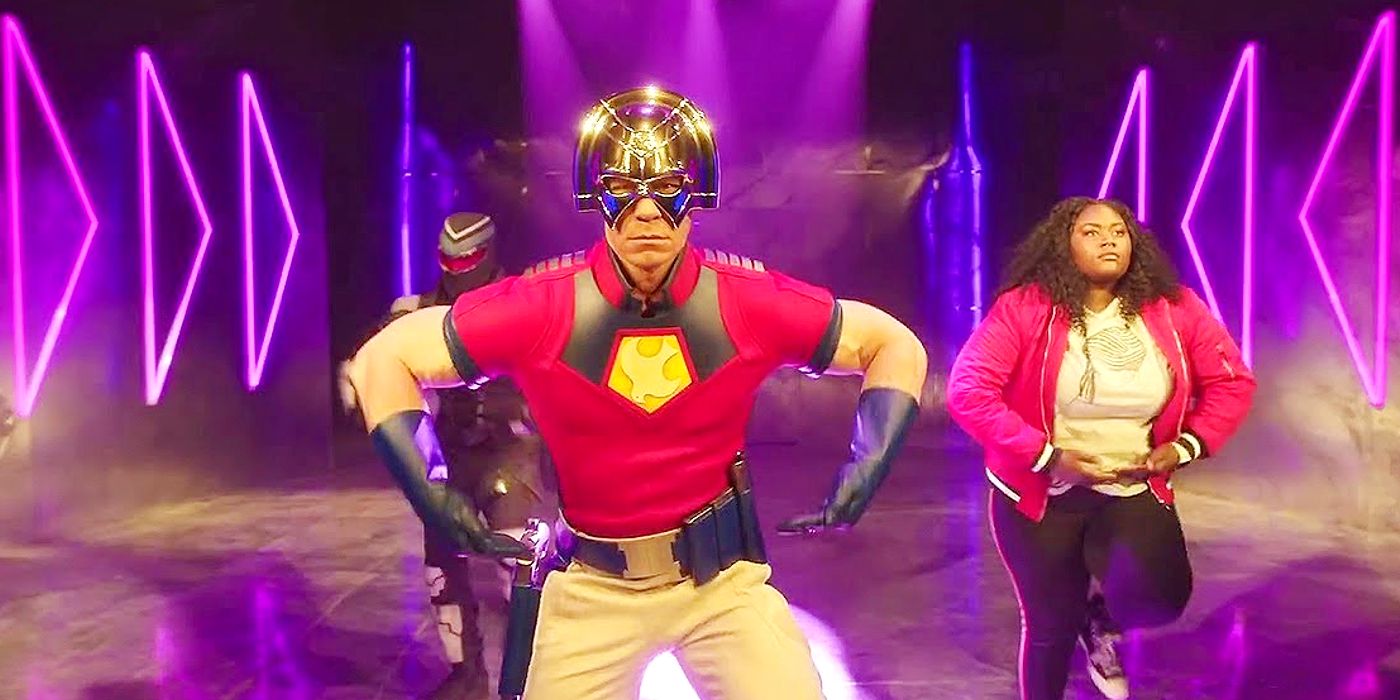 James Gunn reacts to a high school talent show recreating the Peacemaker dance sequence, saying the original was filmed in a similar auditorium.

Director James Gunn reacted to an excerpt from the Peacemaker recreated intro dance sequence for a high school talent show. Starring John Cena as the titular hero/anti-hero, the series is a direct spinoff from Gunn’s The Suicide Squad and follows the brutal mercenary as he is drafted by Amanda Waller’s ARGUS to join another black ops team. They are tasked with dealing with an alien threat in the form of parasitic butterfly-like creatures that have begun to possess human bodies.

Applauded for his humor and recognized for his hair metal soundtrack, Gunn set the tone for his series with an exhilarating, choreographed intro dance sequence to “Do You Wanna Taste It?” by Wig Wam. Recently Gunn was tagged in a tweet showing the sequence being recreated for a high school talent show, to which he replied, “No kidding, we shot the actual opening in a school auditorium not so different from this.” Check out the interaction below:

VIDEO OF THE DAY

With Peacemaker Already renewed for a season 2, viewers will be eager to see what happens with the intro dance sequence once the new episodes start airing. Since some of the characters featured in the original sequence, such as Annie Chang’s Detective Sophie Song and Robert Patrick’s Auggie Smith, are now dead, it’s likely the sequence will be re-choreographed and re-filmed. It has not yet been announced when Peacemaker Season 2 will premiere, so it might be a while before audiences see John Cena’s dance moves anymore.

Next: James Gunn Should Make A Justice League Movie – And Peacemaker Proves It

TC Phillips is a doodler, messmaker and storyteller by nature. He’s also an editor and author of his own special brand of twisted fiction, and he delights in diving headfirst into all things weird, bizarre, and fantastic. A self-proclaimed nerd of the highest order, the vibrational energy generated by his constant state of fanboy excitement should probably be harnessed to power a small town. When his pancreas isn’t screaming under the strain of his eating habits, he’s constantly pestered by his three children and amazed that his long-suffering wife hasn’t yet taken it upon herself to murder him in his sleep. He tweets at @T_C_Phillips